There is a school of thought that suggests that, when in a crowd, we make better decisions than if we think as individuals. It’s an extension of Rousseau’s general will. It received its most recent iteration in 2004, with the publication of James Surowiecki’s book The Wisdom of Crowds: Why the Many Are Smarter Than the Few and How Collective Wisdom Shapes Business, Economies, Societies and Nations, and is generally considered to derive from Galton’s observation that a crowd at a country fair guessed (on average) the weight of a bullock more accurately than most of the individual members. It’s an interesting concept, and naturally, it’s flawed. Its flaw is simple: no crowd ever makes a truly collective decision. Crowds are always susceptible to the loudest voice. And those with the loudest voices are often those with the least to say. Crowds simply want to be led.

And yet this is the maelstrom into which we toss ourselves when we embark upon a crowdfunding campaign. It’s a terrifying and ultra-modern version of trial by jury, where the jury numbers, well, anything.

But crowdfunding a work of art is nothing new. In the late 1990s, the progressive rock band Marillion found themselves without enough money to tour America – despite selling millions of records, they had no record label and things weren’t going to plan. They did, however, have a website and database of their fans. They asked them if they’d support them, and crowdfunding became a standard industry model.

Crowdfunding for books, however, still strikes people as bizarre, as they confuse it with self-publishing or, rather unfortunately, vanity publishing.

Vanity publishing has always been strange – the model is that you pay a publisher to publish a book that looks kosher but has no distribution bar the box in which they send you the copies you paid for. The gatekeeper is the accountant.  Ironically, academic publishing is still close to this model.

Self-publishing comes in two basic variants, the platform model as with Amazon’s Createspace/Kindle brand, or the print-it-yourself model of car boot promotion. I’ve done both, with Slender Threads, Black Box and The Country House Cricketer respectively. Slender Threads has met with great critical and reasonable commercial success, with well over 1000 copies being in circulation, meaning that it’s spread awareness of young onset parkinson’s, which was the point. The Country House Cricketer was a very different beast. Funded directly by the hard work and generosity of some fantastic people, notably Carla ter Maart, I printed 1000 copies and sold them, mostly at games of cricket I played. The book raised around £7000 for Parkinson’s UK and The Cure Parkinson’s Trust, as well as raising awareness of the condition. Both books fulfilled their promise, but by god, it’s hard work. I did everything myself, bar the editing of Slender Threads which was done by the excellent Cathy Dann, and the covers to Slender Threads (by StudioAM), and Black Box (by the astonishing Helen Masacz). Everything else, writing, setting, photography, marketing, sales, I did by myself and by badgering friends to help. Self-publishing lacks gatekeepers, so there’s little in the way of quality control (bar the internet. And we know how reliable that can be).

Crowdfunding publishing, as undertaken by Unbound, is still misunderstood and, I think, still looked down upon. But not only does it predate the late 90s musical model by, well, at least two centuries, but it is not a do-it-yourself option: apart, that is, from the writing of the book and the raising of seed capital. You see, call it seed capital and it already sounds like business, doesn’t it?

Unbound is a traditional publisher in which books are funded in a way recognisable by Alexander Pope, as Norma Clarke explains in her piece The crowd-funded book.

The process is simple. The book or project is deemed worthy in the same way as with any publisher. There are gatekeepers. Once accepted, the project is placed in the Unbound marketplace, where prospective patrons may decide to pledge their support.

The prospective patron views a list of options for how to pledge, picks one, pays their money and … waits. When the funding target is reached, the wheels of traditional publishing grind into action once more. The model allows Unbound to be more adventurous than most, as well as to offer author royalty rates well above industry norms.

If the author were to rely on presales alone to reach their target, they would need over 500 pledges to hit the GO button. Statistics are a nightmare to find, but an oft-quoted figure is that the average book sells around 250 copies in its first year. That’s sobering. So, Unbound allows for rather more creative ways of reaching the target. My project, Killing Beauties, which is set in 1650s England and has two real women spies as its heroines, has several pledges of higher value than the simple pre-sale. Take three examples:

Book Club Edition – the pledger receives several copies of the paperback plus a visit from the author to the appropriate meeting. There I will talk about the book, the process of writing it, and answer questions. Killing Beauties is historical fiction, and I not only have a PhD in early modern literature/history of ideas, but work as a freelance editor and researcher, so I bring some experience to this table.

With Print Edition – along with the book, the pledger receives a limited edition (limited to ten) print of a painting by Helen Masacz based on the book itself (see below). This image may or may not become the cover, but it’s rather beautiful, will be incredibly rare, and is, frankly, a bargain.

Filles d’Ophelie Locket Edition – this comes with a reproduction of the locket worn as a symbol of membership of the secret society at the heart of Killing Beauties.

With these rewards (which, irritatingly, are subject to VAT which is bloody cheeky of HMRC considering), effectively replace several books.

As an author, you watch your percentages like a hawk. Yesterday, for example, after a week of stasis, Killing Beauties leapt from 30% to 35% funded (in a little over two weeks since the campaign was launched. A great start but still some way to go.

We started by talking about the crowd. Who are they?

When Mark Anthony addressed the masses in Julius Caesar, he knew to whom he spake. And as an author on Unbound, so do I. At first. As with any such campaign (like sponsored runs at school used to be), you first hit up your friends. Then you hit them up again, and again, an again. You look at your progress, constantly adjusting for the promises yet to come in (at this moment, I’d estimate I have 7-10% of the funding target languishing in promises).

I tweet, retweet, cajole, annoy, plead, tweet and retweet some more. I have no idea how many twitter feeds Killing Beauties has popped up in but it must be in tens of thousands. Social media isn’t as powerful as you might think – but then, neither is traditional media. The Country House Cricketer was a christmas recommendation in BBC’s Countryfile magazine. I think that sold four copies. Being interviewed on TMS sold seven copies while I was on air.

Marketing is a mystery to me. Of the 63 current patrons, 8 are strangers. I expect perhaps another 30 names I recognise to appear, which means that the circle of patrons will have to reach further outside of my sphere into the invisible spheres of others. This is the power of the crowd that I must harness, the power I must make swirl in the evening sky, like a murmeration of readers generating a general will to publish. And the only way to do that, it seems, is by contacting everyone personally, or through magic.

If you want to be part of the magic, then click here. 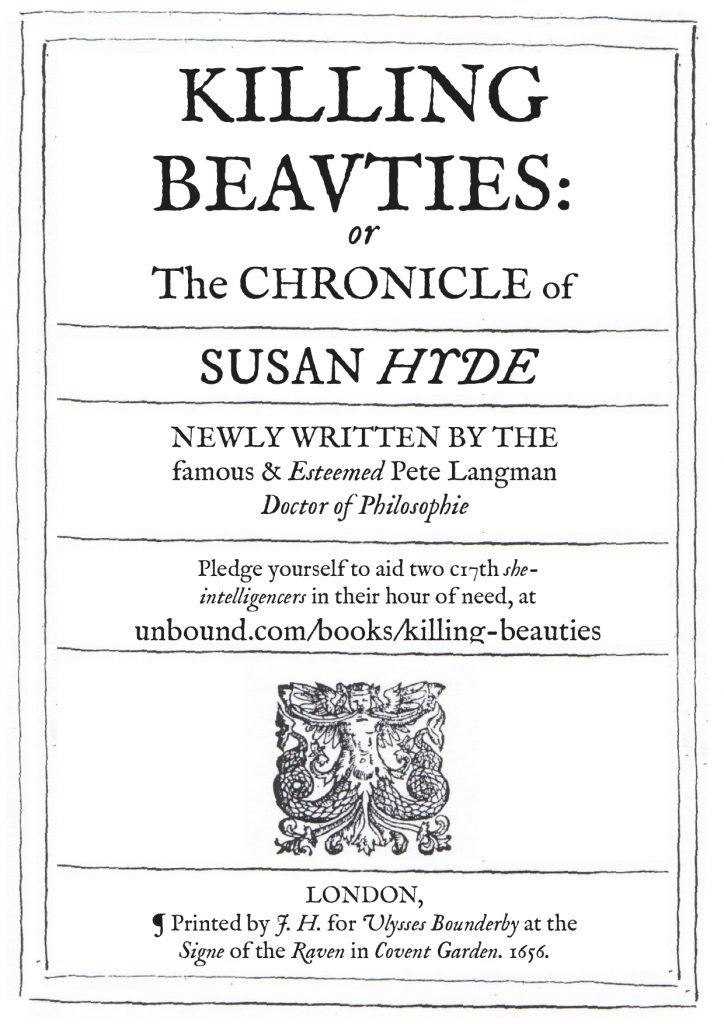 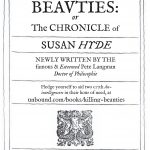 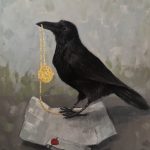