Eight years ago, on January 30th, my life changed. It changed because a consultant uttered the words ‘you have Parkinson’s’.
In the months that followed, my marriage, my career, and my sense of self took an almighty battering.
Just over a year ago, I started to write my story, because I had struggled – and continue to struggle – to make sense of my condition. I reckoned others might have the same problem, and I hoped that by sharing I might be able to help both them and myself.
I had no trouble finding out technical stuff about Parkinson’s, this being the age of instant information, and at some points it felt as if I was finding out too much, too fast, especially during the process of diagnosis. But there was far less information on the way it makes you feel … especially when diagnosed at or before 40, what they term ‘early-onset’ Parkinson’s.
Bloggers such as Zalamanda, Jon Stamford, Colleen Henderson-Heyward, Viktor Tron and others have gone a long way towards redressing this balance, but I wanted to take it a step further.
The book pulls no punches. I try to talk to the reader the way I wanted people to talk to me, both during diagnosis and now. I didn’t want to hear people telling me how they knew I’d fight it, how I had to remain positive, how you couldn’t really tell, all that stuff. I wanted to confront the reality of the situation, so that I could find a way of dealing with it.
It’s been difficult to write. Some people have, and will, find it equally difficult to read. When I hear that someone’s reading it, part of me leaps for joy that they think something I’ve written is worth reading, while another part of me cowers in the corner.

‘This is, by a significant margin, the best book on Parkinson’s I have ever read. Absolutely stark, brutally and uncomfortably honest. It is far from consoling, but is a tersely argued description of the human spirit under fire.’
Dr Jon Stamford, neuroscientist and PWP

‘Far more than the record of one young man’s journey into illness, Slender Threads raises, and attempts to answer, questions about who we are, how we know ourselves, and how far we can control our destiny. Langman chronicles his deterioration with savage honesty, refusing to sanitise the exquisite torture of knowing the horrors that lie ahead, but not when, or in what order, they will come. ‘Slender Threads’ is a painful read, but a valuable one – not just for anyone facing a diagnosis of early-onset PD, or who knows somebody in that predicament, but for everyone.’
Eleanor Updale, author

‘Unsettling, disturbing, brilliant and bloody-minded – Pete rages against the dying of the light in these pages and delivers dispatches from the dark side with a brilliant lucidity. Truly inspirational – like nothing I have ever read before.’
Gary Lucas, Grammy-nominated rock legend

Where to find it: On Amazon as e-book or c-book (that’s carboniferous). 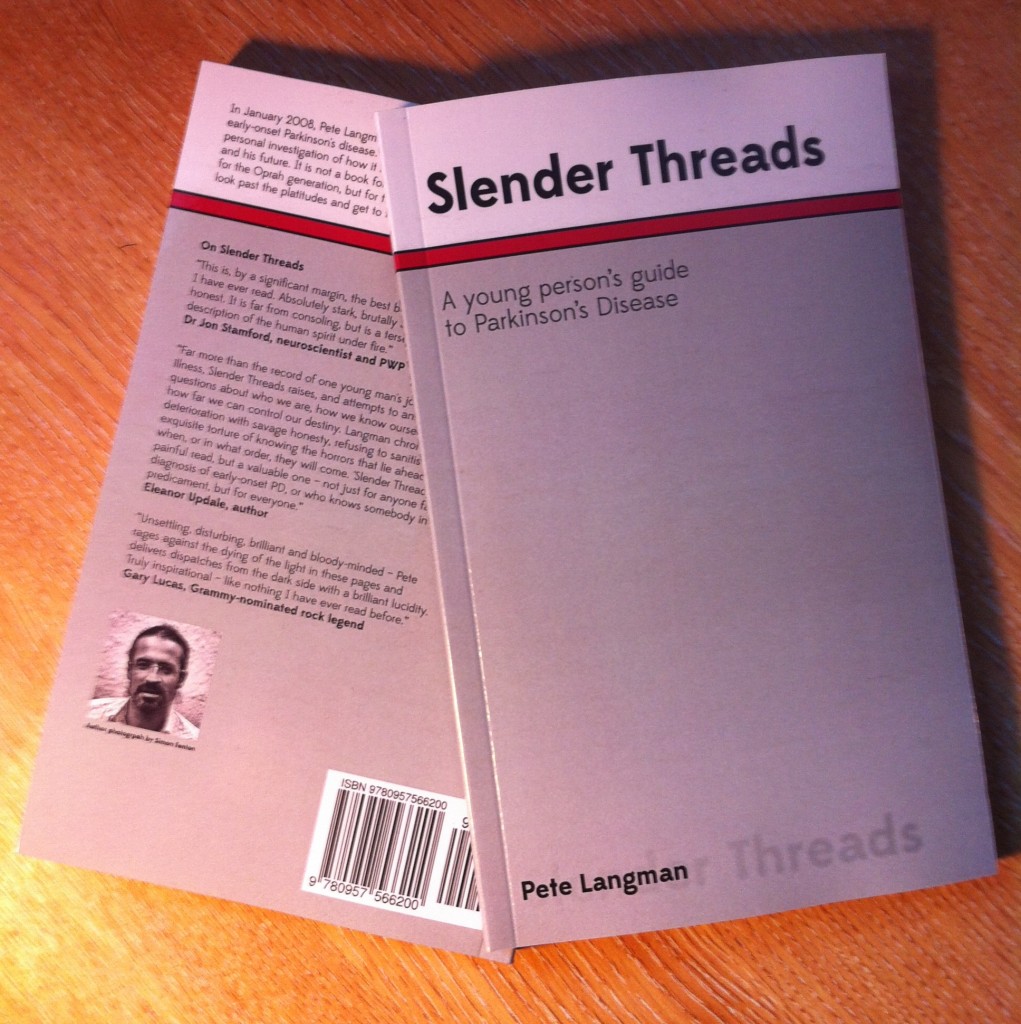 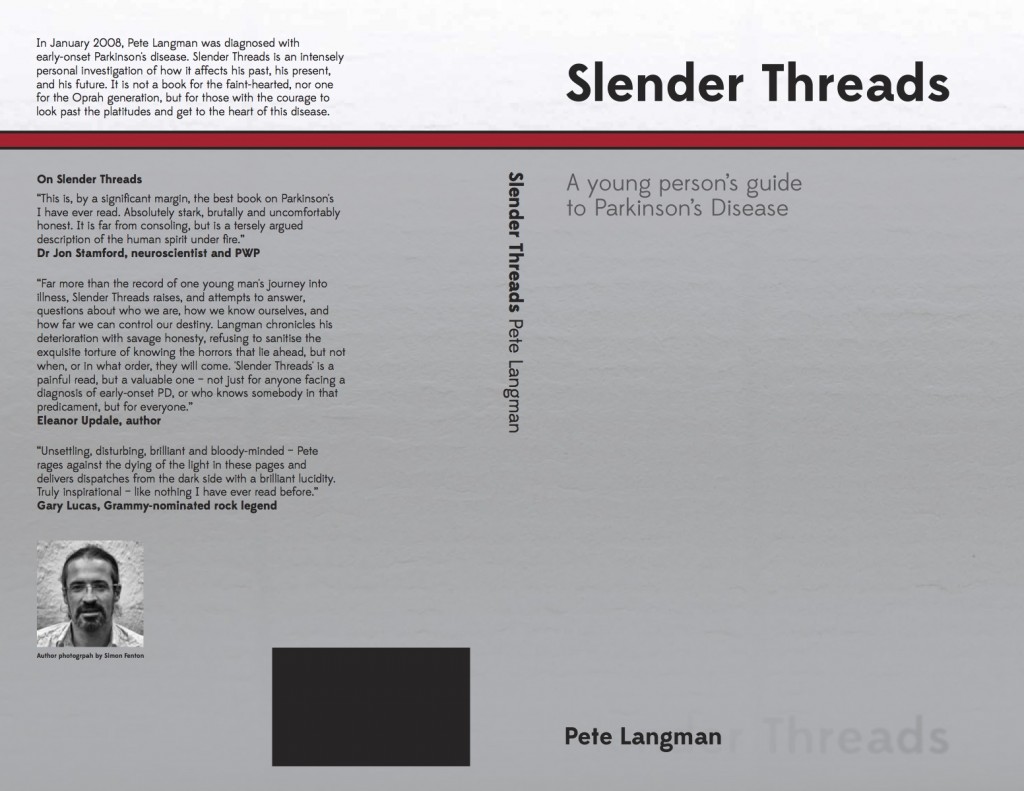