The scorebook is something of a sacred object in cricket, a fetish, even. It records without prejudice the bare facts of an innings, its degree of accuracy dependant entirely on the skill and attention to detail of the scorer who wields the pencil. Many club scorers are women, imitating early modern publishers’ wives such as Sarah Griffin who kept the order books spic and span while their less literate husbands got on with the messy grunt of moveable type. The Stationers’ Company was one of those that allowed them to take over the business on the occasion of the husband’s death – Sarah Griffin was one such wife though she, like most in her situation, found it advantageous to hook up with a male publisher relatively soon after acquiring her widow’s weeds. Later publishers, such as John Newbery, were plainly better off in the hands of the female of the line (in this case, Elizabeth Newbery, wife of the late John Newbery’s nephew). So the sacred scorebook.
Many a male scorer has looked aghast at the detail with which their female counterparts note down each ball faced by each batsman, colour-coded to avoid confusion, with every possible piece of information supplied such that the game may be reconstructed ball-by-ball to uncover those tiny confusions created by the imperfect semaphore employed by each umpire. Such books are a joy to behold, as in them one can trace the push and pull of each spell, how each batsman is ground down or freed by each bowler. It allowed me to analyse an innings of 66 balls, in which I batted left-handed for the first 53, scoring 19 runs before switching to right-handed and hitting 25 runs off the next 13 balls.
Boys, men and women alike, when watching cricket, fill in their official scorecard as the game progresses, creating a uniquely personal take on the game itself – simultaneously demonstrating much about their own thought-processes and personality as they go.
Much as it can reveal a personality, the scorebook is also the ultimate arbiter, the great objective truth of the game. When a batter swishes, edges, the ball evades the slip cordon and the fielders heckle, he states simply: ‘look in the scorebook. It says “four”.’ When the bowler gets the opposition’s gun batsman out with a long hop or a filthy full toss, the scorebook doesn’t read ‘shit ball, worse shot’, it reads OUT! And so the scorebook records, as I said, without prejudice.
Yesterday, I joined the Authors CC for a game against the Thespian Thunderers, a rather damp affair littered with moments of class and a smattering of farce. It sort of petered out as the result became increasingly foregone. Still, it might have been worse. The scorebook records the early clatter of wickets, my rather long, boycottian innings of 2 runs off twelve overs as I dug in to save us from utter humiliation at the hands of a yoga-inspired team of Thesps, and our ultimate demolition. But it’s not a great piece of scorebookery.
Early in the day, a what one might safely term a homeless lady, and more cruelly a bag lady, shuffled into the light with her wheeled shopping basket and shopping bag shoes, taking root on the boundary, leant up against the fence, she looked somewhat out of place. There was nothing offensive about her or her presence, but one did wonder what she was doing. Then someone noted an important detail. She was bloody scoring the game. No scorecard, just a system of presumably her own invention. While I took some of these photographs, I also noted that she applauded one over, semi-shouting ‘good over’. It must have been my imagination but I could swear her voice had a touch of the Lilian Bellamies about it.
I got some images of her method. I’m willing to bet she can read her scorecard and reverse-engineer the game better than those of us who played it.
The moral of the story? Fuck knows. But it does suggest that appearances can be deceptive. 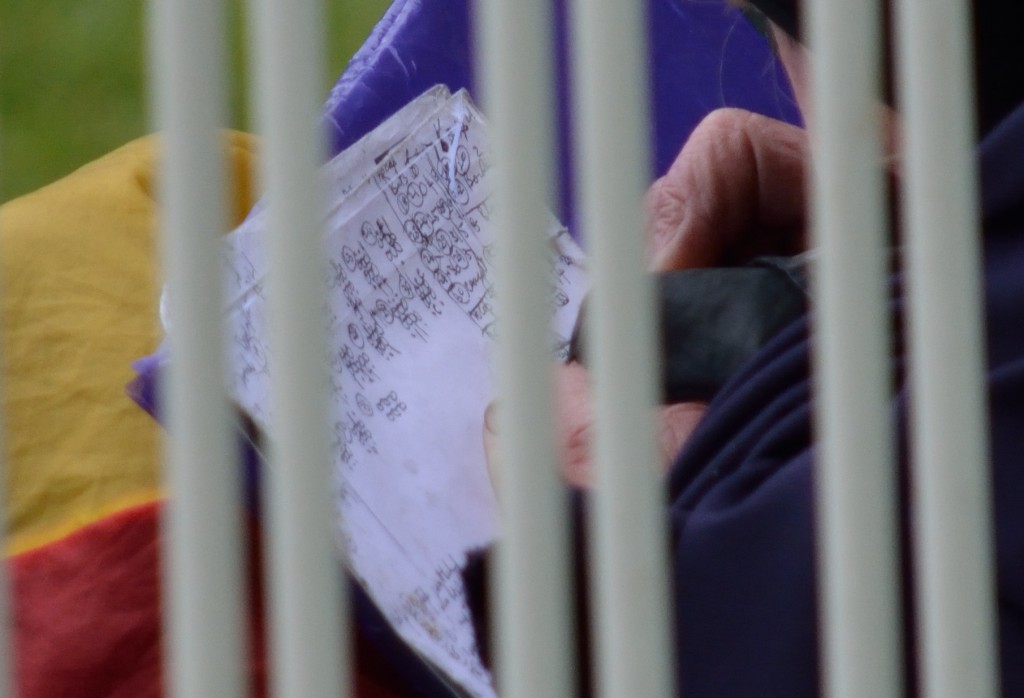 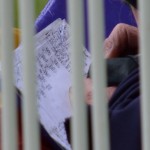 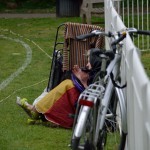 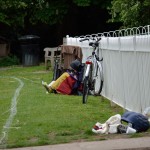 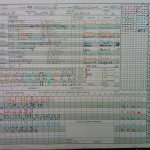 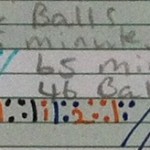