It appears that there is something oddly energising about Parkinson’s Disease. Both Alan Fairburn and Colleen Henderson-Heywood, the organiser and compere of last week’s Shakefest respectively, are bundles of energy. It’s certainly no mean feat to get seven acts together for an evening of great music, sell over 200 tickets, raise two and a half thousand pounds and get the whole shebang to run on time. From the moment Colleen took to the stage to kick off the evening by sharing her story, to the moment a rather dazed Alan was dragged onto the stage and treated to a standing ovation after Easter Street’s rousing encore, the assembled hordes at Duns volunteer hall were royally entertained by a series of acts from the dauntingly young Missing Myla through to the gig-hardened Easter Street.
Could I run through each set in turn? I could, but where’s the fun in that? You were either there or you weren’t. Now, what I’m about to do may seem strange to some of you, but bear with me. Shakefest was organised by Alan not simply to raise money, but to raise awareness of the disease and what it can do – and that’s a lot more than simply giving you the tremors. On my table, in those rare quiet moments between the bands, we swapped stories about diagnosis, shared our hopes and fears for how our own lives were being affected by this disease, and watched as the bands became more coherent, more organised, and more entertaining.
Missing Myla, the first act, were young, enthusiastic, and absolutely up for it. They played a mixture of covers and original material, with varying degrees of success. It’s not a criticism to say they’ve got a lot to learn, because they do – but they’re doing the right thing, and they’ve got the right attitude, and they’ve got talent. With each gig they play, they’ll get better and better, as they learn their trade, and learn how to play together, rather than fight each other as the occasionally did. The final act, Easter Street, were in many ways diametrically opposed to Missing Myla, as they were mature, both in age and experience, knew exactly what they were doing, with Daniel Dishington and Murray Warnock providing a rock solid rhythmic base from which singer/guitarist Derek Huffman launched his songs. In between, Where’s George played quirky and intelligent songs which perhaps lacked a degree of focus, Morfsnud played a set of solid rock tunes which perhaps lacked that certain spark, and The Warehouse Announcement tore through a set of accomplished and well-arranged songs which might have benefitted from a drummer who wasn’t spending as much energy trying to keep the band together as he was playing the tunes. There was more, but you get the picture.
Now, I may be sounding hyper-critical but, well, fuck it … I’m bored of reviews in which every band was awesome, unbelievable, brilliant, best gig ever. It’s a load of crap. The bands at Shakefest all had their flaws, but that’s fine … they put on good shows for a good cause and ought to feel proud not only of being invited but of getting up on stage and doing it. Anyway, here’s the really controversial bit. If you can’t cope with having your buttons pushed, then look away now.
This gig got me thinking: parkinson’s is a lot like playing in a band. It’s all about co-ordination, and teamwork. In a band it’s between the various members, in the body it’s between the various limbs. There is in both a fat controller, the band leader and the brain. In parkinson’s, it’s sometimes as if the limbs aren’t listening, or they’re simply doing their own thing. The whole body may be fundamentally moving in one direction, but it’s often in spite of, rather than because of, what the limbs are doing. They just happen to be connected, and are dragged forwards in much the same way as a band, no matter how chaotic, are dragged forward by the song.
When a band is, rather than are, when the limbs move smoothly and sweetly, when there’s no stiffness in the rhythmic interplay between bass and drums, when the beginnings and ends of tunes are crisp, clear and well-defined … that’s when it all works. That’s how your bodies behave, more or less. That’s Easter Street. When the band are, rather than is, when the limbs are a bit jerky and off-kilter, when the bass and drums disagree on where to feel the beat, when the beginnings and ends of tunes are messy and … that’s when it goes to pot. That’s how our bodies behave. That’s Missing Myla.
Oh, stop foaming at the mouth, get to the end and then have a rant. I make no apology because there’s nothing to apologise for. I make no qualification because there is no need. Shakefest rocked. But it did more than that. It taught its audience something very important about parkinson’s disease. And this is it.
Missing Myla will only get better. Those of us with parkinson’s will only get worse. 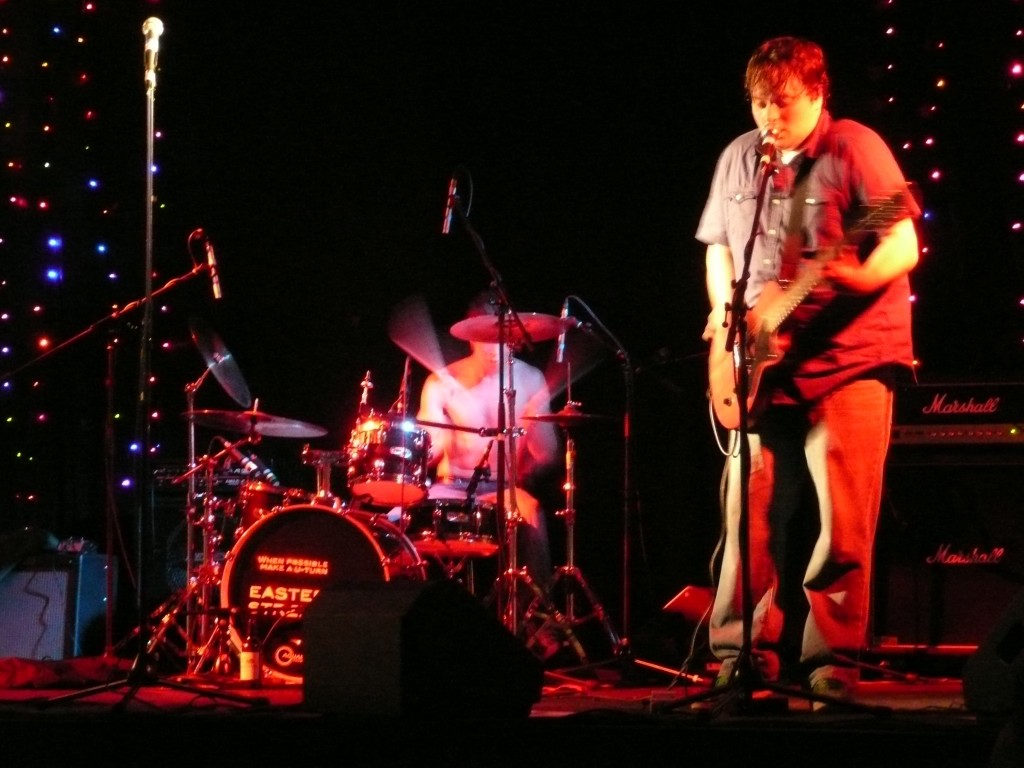 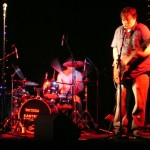 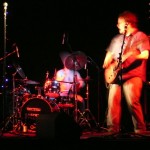 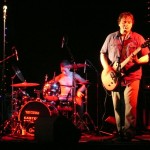 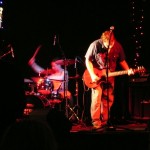