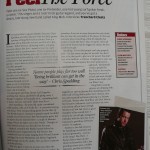 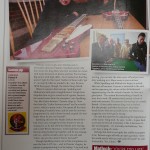 Glen – you know radio four, that poncy news program, they said ‘now we’re going over to floella poncenby-smythe who’s with charlie watts from the rolling stones, today celebrating thirty years playing in the rolling stones, and she said ‘charlie, you’ve been playing live for thirty years, and he said ‘you’ve got it wrong there love …’ and she said ‘what do you mean, surely you formed in such and such a date and now it’s such and such a date’, and he said I might have been in the band for thirty years, but it’s not thirty years’ playing, its five years playing and twenty-five years hanging about’ END_OF_DOCUMENT_TOKEN_TO_BE_REPLACED