The swimmer reaches the shore, drags herself from the water and collapses, exhausted onto the beach. A knot of holidaymakers gather round her and gawp at each other while the officious tell the rest to give her space, let her breath. A young girl asks her mother if she can use the first aid she learnt to get her badge at Brownies. Hermother shakes her head and pulls her precious daughter close, remembering the lilo incident and dying inside at what might have happened. She sees her daughter lying there, motionless. Not this woman, muscular and broad-shouldered, wearing an all-in-one, swimming hat and goggles. END_OF_DOCUMENT_TOKEN_TO_BE_REPLACED

Many have commented on the crass, arrogant and patronising attitude of the HuffPo’s UK editor to those who provide much of his content (and thus pay his wages):

“…I’m proud to say that what we do is that we have 13,000 contributors in the UK, bloggers…we don’t pay them, but you know if I was paying someone to write something because I wanted it to get advertising pay, that’s not a real authentic way of presenting copy. So when somebody writes something for us, we know it’s real. We know they want to write it. It’s not been forced or paid for. I think that’s something to be proud of.”
END_OF_DOCUMENT_TOKEN_TO_BE_REPLACED 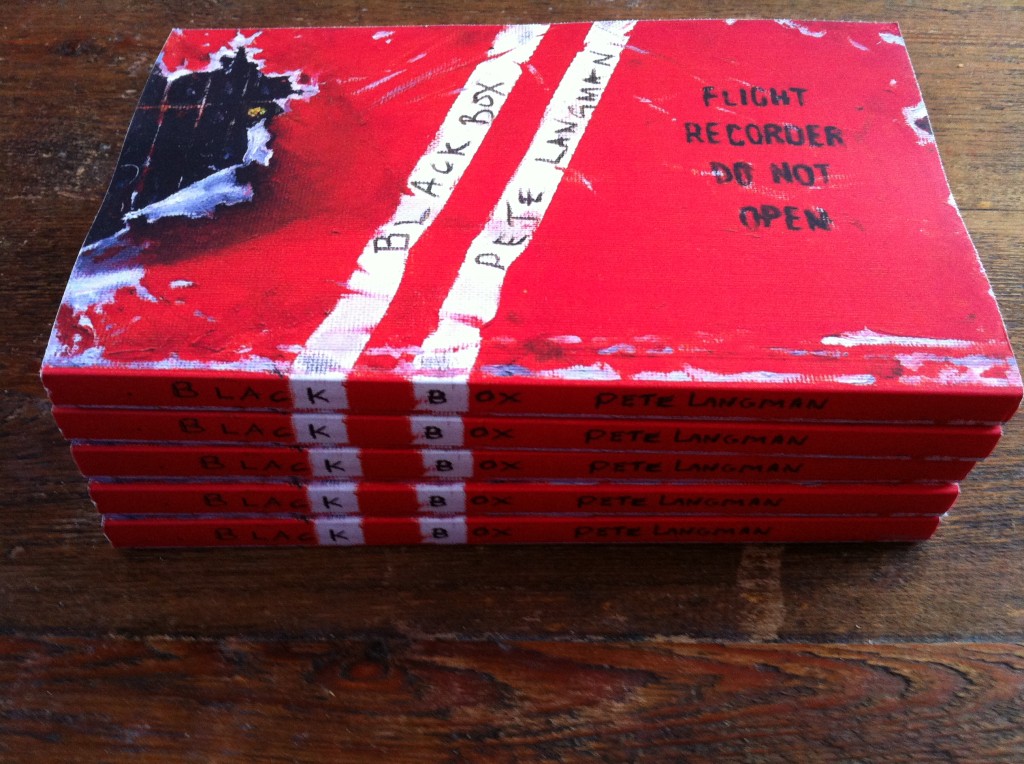 So, you’ve survived the hell that is Christmas and the purgatory (literally in some cases) of New Year’s Eve, and you’re staring at a blank screen, waiting for the words to be transferred from the very depths of your soul into 12pt Times New Roman by that magical process they call ‘writing’. END_OF_DOCUMENT_TOKEN_TO_BE_REPLACED

Still not a lot going on in the realms of sleep. I manage a short nap at 3ish but that’s about it. It’s at this point the feeling of fraud begins to creep up. Truth is, I’ve never really been ill, I’ve never broken anything (present issues excepted) and never been operated upon (see above). I had acute appendicitis once, but was so disgusted by the hospital I ended up in, my body realised that it was in more danger being operated on than by being left alone … I recovered by myself. When I was waiting for my discharge stuff, someone came in and started to wheel me out. I asked what they were doing. Taking you to theatre, they replied. I believe I was scrupulously polite in telling them to leave me the fuck alone. But that’s another story, for another day …

I’ve had none of the anaesthesia hangover that I hear tell of, no being off my food, no depression, no headache … no tiredness (well, not that isn’t directly applicable to not sleeping, anyhoo). I have people asking what they can do for me, and the only answer is nothing, really. I need just as much company as usual … though, to be fair, I could do with someone getting the rice out of the cupboard …

Perhaps it’s simply that I’ve used up my current illness quota with the PD. And it’s much on my mind. So much so tht yesterday I began to write about it. Not in a blogging sort of way, but more in a ‘here’s a book on PD for you’ sort of way. I can’t decide on a format, however. If I back to when I was being diagnosed, what would I have appreciated? A Very Short Introduction to PD? A more memoir/novel/autobiography sort of thing? Perhaps a biography … my life in Pete … hmm. What to write, what to write …

And then there’s the thorny issue of how to sell it. I already have what I think is a really strong kids’ book and a novel which is nearing first draft completion which I have no clue how to deal with …

Oh! Pain! Ok, more of a twinge – but is this good, or bad? Does it indicate healing, or something else entirely?

The thing with pain, whether it is emotional or physical, is that it tells us we’re alive. Sometimes we keep scratching at the same wound because we’re scared that if we don’t, we’ll forget how to feel – how to feel pleasure, how to feel love.

It seems that AcBoWriMo is all over twitter at the moment (see Charlotte Frost’s blog on a blog), and I won’t bore you with the details – we all know that the point is to write a draft of a book in a month. A draft of a new work, that is. 50K in a month is perfectly doable. My first novel (which languishes in a lever arch file away from public scrutiny, as well it might), was 150k. I wrote it in three months. I was quite surprised when I wrote the final sentence, and realised that I was done. Back then, I had yet to discover the joys of editing, and the story of what happened next I shall leave for another day (it’s really rather … odd), but suffice to say that when I began, I knew the beginning, and the end. The muddle was a mystery to me.

Now, I’m all for writing at speed, and editing at leisure, but with AcBoWriMo, the most important part of the process seems to have been left behind: the long, slow and random gestation.

In the days when I was a musician (ok, an active musician), I would spend an hour a day working on ‘things’. There were many ways in which I did this, with perhaps my favourite being the random-page-of-novel approach. I would open a book, prod a finger, and write a short piece of music based on the fruit of my digital gesticulation. For some reason best known to the gods (presumably they either had no faith in my creative ability, or were bored of hearing the definite article made aural), I never got dull words. Ones I recall include devenagari, lagopthalmia, and praxis. These pieces were interesting, as exercises, and forced me to investigate harmonic and rhythmic areas which would otherwise have remained elusive. Every so often, they would turn into something a little more than interesting, and stick in the memory.

The things that stuck I would noodle around with for a while. Days, weeks, months would pass … and then without warning, I’d just know that connections had been made. I’d know that, without getting too hippy on yo’ ass, that a song was there for the taking. And out it would tumble.

If you were a neutral observer, then you’d probably think I’d suddenly been hit by inspiration, not that I’d been working on this piece, internally, digesting and re-chewing it like some sort of creative cow …

Sprezzatura. That’s what Castiglione called it – that appearance of effortless brilliance. The sort of brilliance that comes through hard work. An awful lot of hard work.

Music and writing both consist of great waves of technical expertise – and before you bleat, those who pose as being ‘non-technical’ simply don’t understand what it means. They practice, just like anyone. They work, just like anyone. These waves of technique are what allows the ‘creativity’ to flood forth. The artist, whether he or she knows it or not, spends hours contemplating stuff … mulling over stuff.

This is the stuff that dreams are made on.

Here’s a post on the post-phd world I wrote for phd2published.com:

Blogging is a strange thing to do. With an idea, or more usually an irritation, comes vast quantities of literary histamine, which builds up until the fingers erupt in pustules of words, rancid and stinking as they drip onto the virtual page.

I ought to be out in the sun, topping up my vitamin D levels, balancing my life, inhaling the essence of spring which even the wood pigeons have smelt. Instead, I sit inside, with a sore shoulder, a veritable Job-lot of other aches and pains, and I bludgeon my way through the difficult first chapter of my new work. It is a short story, or possibly a novella, or perhaps even a full-length novel. I simply don’t know. I’m going to let it make up its own mind.

It’s a very strange feeling, writing with only the loosest of plans from which to draw. I simply do not know what the second chapter will bring, though I suspect it already does. My job, it seems, is to simply allow it to be.

As a musician, I was known for my technical ability. To me, it was about headroom and freedom. It was about knowing that when I started to play, I could pretty much let myself go, as it was unlikely that my technique would break down in any serious sense. There might be the odd glitch, but when you hear a player (by which I mean a virtuoso) play something ‘not quite so’ you should be thankful. Assuming they’re neither drunk nor bored, you’re hearing them in the act of reaching for something. They may fail to grasp it, but they have the imagination and the chutzpah to go for it. They are like the sportsman who goes for something special, not because they want to show off, but because they see an opening. In short, we’re all going, but we might as well go trying than retiring. Reach for something.

This, I hasten to add, is not from the same stable as ‘impossible is nothing’, or ‘fight, the unwinnable fight’. People cite these as evidencing the indominability of the human spirit. They are, however, indications of utter stupidity. Impossible is impossible. If you can do it, someone was lying to you. The unwinnable fight is unwinnable. You either run, or find a way of turning it into a winnable one.

So. I write a ‘thing’. I don’t really know what’s happening in it, though as a sort-of science fiction thing I have had to create an entire world-view. This is quite difficult. You can trust me on this one …

So, I have to trust myself, trust in my technique, trust that it will turn these feelings that I have surrounding my characters into the prose I want. I have to have faith in myself.

Now, that’s a difficult thing to do, when my body’s rebelling against the very things which make it worthwhile, and make it what it is. Trusting my brain to come up with the goods when it can’t produce enough of the chemical that allows my brain and body to act in concert. The left hand that controls the cricket bat, the ‘e’s’, the fork, the coffee mug … that left hand is flawed. And yet I write a books with sinister overtones.

Perhaps that’s where my dopamine goes – into my prose.

Well, they do say that when one door shuts, another opens. It’s bollocks, of course, but sometimes, just sometimes, these platitudes have a basis in the real world.