The grebe paddles serenely, ripples shining in its wake, crest puffed out as if to remind me that my own hair is not only thinner than once it was but currently arranged like a middle-aged, pepper-and-salt Tintin. As I focus, it barks at me. It’s not a warning. It sounds more like it’s calling its mate: ‘Hey, fluff up and get over here, some guy’s taking my picture.’
A boat chugs past, the passengers waving their greetings and I wonder if they understand the concept of social distancing. The grebe has vanished.
I’m currently locked down in a tiny seventeenth-century canalside house in Leiden, the Netherlands. We have no garden, but walking the ten yards or so to sit by the edge of the canal is safe enough. We decided not to return to the UK at the beginning of March because reports suggested a government not entirely on top of things. That and there didn’t seem to be a shortage of toilet paper here – the Dutch are, in many ways, the phlegmatic people the English now only believe themselves to be. There were other considerations. I have Parkinson’s disease, and as the most common cause of death in people with parkinson’s is pneumonia, why risk the train, the airport, the plane? I had enough of the leva dopa that keeps my body on the tolerable side of functional to last a few weeks if I lowered my dosage. My ‘off’ periods are now longer and more frequent, however.
I exercise as best I can, but my body needs weights and activities I cannot easily replicate at home. My sleep, usually poor, has veered into the realms of dangerously rare. I spend the few constructive hours each day allows me in the seventeenth century, editing my partner’s book, checking to see whether anyone’s bought a copy of mine and trying to write something coherent about cricket, literature, parkinson’s, anything.
I try to ignore the fact that, if I do contract C-19, I’ll be way down the list for treatment, even though I’m 52 and fitter than most. That’s the reality of being ‘vulnerable’.
And I photograph the grebes. They are not part of the ‘wildlife resurgence’. They are always here. It’s just that when I see them now, I’m not on my way anywhere: I’m just sitting on the side of the canal, waiting for them to dance for me. 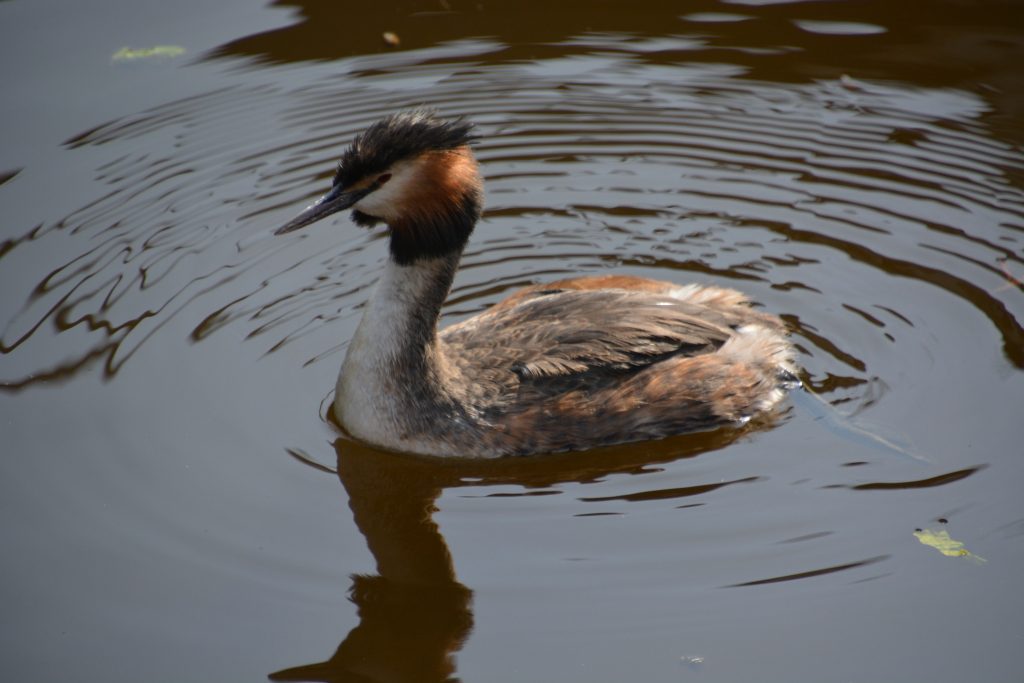 Just in case you were wondering!

ps. This post originally written as part of PM’s Covid Chronicles series (hence 400 words on the dot) … but I don’t imagine it’ll make it onto air

2 thoughts on “Yet another Covid Chronicle”